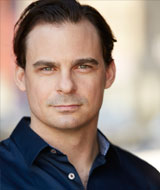 Brett Granstaff, President of Ridgerock Entertainment Group, is charged with the overall producing strategy of the firm. This encompasses acquiring the intellectual properties, managing the creative development, and running all phases of production. Brett has a wide range of experience in both film and television. He attended New York University earning a BFA, with honors, in film and television, and he was a recipient of the Founders Day Award. While at NYU, he was chosen for an internship at the BBC, in London, working on TV programming and completed their prestigious TV production course. After completing several projects in partnership with Emmett Furla Films (EFF) and Cross Creek Pictures, Brett chose to further his expertise by getting an MBA at the prestigious Judge Business School at the University of Cambridge, UK. Over the past seven years, Brett has produced seven films with stars ranging from Johnny Depp, Benedict Cumberbatch, Joel Edgerton, Kevin Bacon and Dakota Johnson, to Sienna Miller, Bruce Willis, John Cusack, Nicholas Cage, Dwayne Johnson and Robert Deniro. 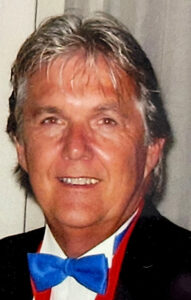 Gary Granstaff, Vice President of Ridgerock Entertainment Group, is charged with development, finance and acquiring intellectual properties for the firm. He has an extensive background in marketing and finance and owns one of the largest retirement consulting firms within Voya Financial Corporation. Gary has a thirty-eight-year history with sales, marketing and finance.

Gary has been awarded the companies prestigious Life Time Achievement Award for his outstanding contribution to the success of the enterprise. He has an undergraduate and graduate degree from Middle Tennessee State University and attended Nashville Law School.

He along with Brett Granstaff, founded Ridgerock Entertainment Group in 2005. Gary was a finance partner with William H. Macy in his independent film “The Deal” staring Macy along with Meg Ryan. Gary previously was in a partnership with Cross Creek Pictures in several projects including the recently completed film Black Mass, starring Johnny Depp, Benedict Cumberbatch, and Joel Edgerton. Gary has also partnered with Emmett Furla Films, along with Brett, on projects starring top Hollywood actors Nicholas Cage, John Cusack, Robert DeNiro and Bruce Willis.